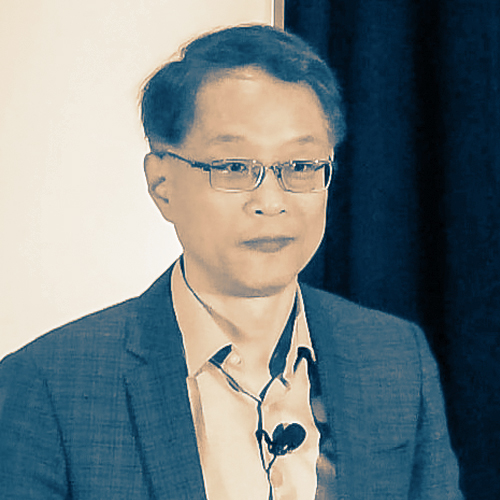 T. Russell Hsing is IEEE Life Fellow and Fellow of the British Computer Society and SPIE. He
received his B.S. from National Chiao Tung University (Taiwan) in 1970, and his PhD in Electrical Engineering from
University of Rhode Island (US) in 1977. He accumulated rich R&D experience of 40+ years as technical staff,
engineer director and executive director through affiliations with Burroughs, Xerox, GTE Labs, TASC and
Bellcore/Telcordia/Ericsson as Technical Staff, Research Director and Executive Director since 1977. He is currently
Chair Professor with the National Chiao Tung University in Taiwan, and Advisory Council Member for Harvard
Business Review (HBS). During his tenure at Telcordia, he has established two significant R&D centers, one in
Taipei, Taiwan, and the other in Poznan, Poland. Both centers focused on advanced technologies for
Telecommunication and Information Sciences partnering with local institutions to win significant contract funding
from both commercial and local government sources.

After March, 2012, He has held visiting positions at numerous universities around the world including Nanyang
Technological University and Singapore University of Technology & Design (Singapore), IIT Bombay (India), Arizona
State University (US), University of Electronics, Science and Technology in China, Peking University (China),
POSTECH (Korea), and the Chinese University of Hong Kong. He has been pioneering the technologies
commercialization through joint business ventures and academic spin-offs. He is also serving as Board Director/
Board Advisory/Mentor for several academic spin-offs (such as Smartiply and Datami). He had been board of
director for the Open Fog Consortium in 2016-2018. He has been teaching the courses of “Technology
Entrepreneurship: From IP to IPO” (since 2014) and “Internet Economics” (since 2017) during past years. His
research interests include Intelligent Fog/Edge Computing & Networking and Platform, Vehicular Telematics &
Services, Wireless Communication, Future Network Towards 6G, and Next Generation IoT Services and
Applications, and Academic Spin-offs.

He has been active as an IEEE ComSoc volunteer for many years. He was a member (2006-2008) and then chair
(2010-2011) of the Fellow Evaluation Committee, and a member of the Award Committee (2010-2012). He is
founding chair (2010-2012) of Sub-TC on Vehicular Networks and Telematics Applications for Comsoc. Within the
IEEE, he was a member (2008-2010)/ Chair (2010-2011)/Past Chair (2012) for the IEE Kiyo Tomiyasu Award
Committee, and then the IEEE Eric Sumner TFA Committee (2010-2012). He has been a member for the IEE Fellow
Committee since 2012 and the Strategic Planning Committee in 2013. He was the Vice Chair for the IEEE TFA
Committee in 2014. He has led an Ad Hoc Committee to Review the IEEE Fellow Evaluation Criteria and Process
since June, 2015, and then made final recommendations to the Board of Governors for the IEEE ComSoc in
December, 2017. He has been editorial board member for the IEEE Internet of Things Magazine (since 2018) and
Advisory Board Member for the IEEE Fog/Edge Professional Community (since 2019).

This website uses cookies to improve your experience while you navigate through the website. Out of these, the cookies that are categorized as necessary are stored on your browser as they are essential for the working of basic functionalities of the website. We also use third-party cookies that help us analyze and understand how you use this website. These cookies will be stored in your browser only with your consent. You also have the option to opt-out of these cookies. But opting out of some of these cookies may affect your browsing experience.
Necessary Always Enabled
Necessary cookies are absolutely essential for the website to function properly. This category only includes cookies that ensures basic functionalities and security features of the website. These cookies do not store any personal information.
Non-necessary
Any cookies that may not be particularly necessary for the website to function and is used specifically to collect user personal data via analytics, ads, other embedded contents are termed as non-necessary cookies. It is mandatory to procure user consent prior to running these cookies on your website.
SAVE & ACCEPT
×
×